the role of iron in human health and disease

the diagnosis of iron disorders

Elizabeta Nemeth was awarded the William Dameshek Prize at the American Society of Hematology meetings on December 14, 2021.

The prize, named for the late William Dameshek, MD, a past president of ASH and the original editor of Blood, recognizes an early- or mid-career individual who has made a recent outstanding contribution to the field of hematology. Elizabeta Nemeth was honored for her groundbreaking contributions to understanding the mechanism of action of hepcidin and its role in different iron disorders and innate immunity, and laying the foundations for new therapies for anemias and iron overload. 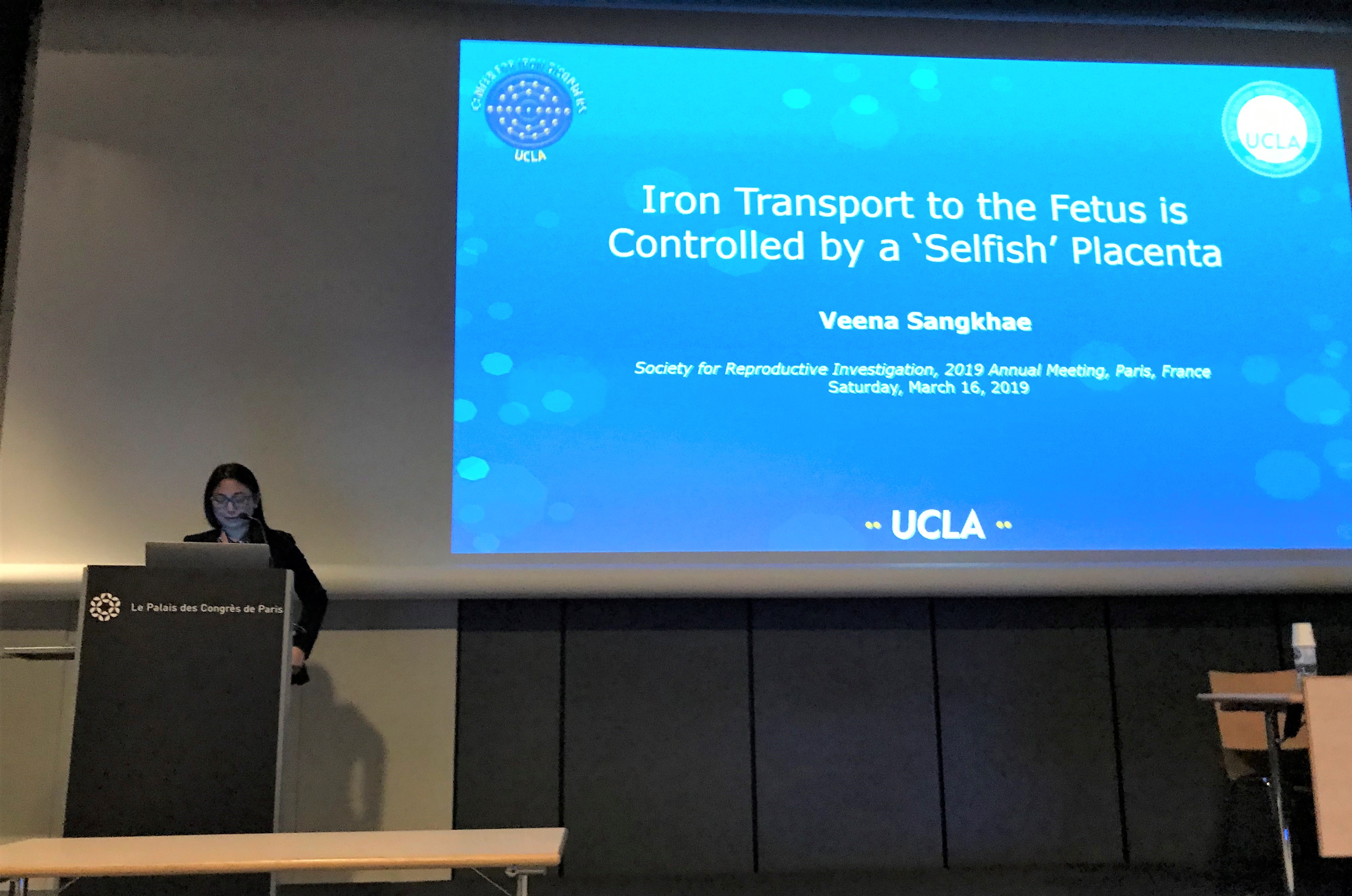 Veena Sangkhae and Allison Fisher gave talks on iron and pregnancy at the 2019 Society of Reproductive Investigation meeting in Paris, France

At the annual conference of the Society for Reproductive Investigation, held in Paris, France, March 12-16, 2019, Veena Sangkhae, our postdoctoral fellow, presented a talk Iron Transport to the Fetus is Controlled by a "Selfish" Placenta and Allison Fisher, our graduate student, spoke on Mechanism of Adverse Interaction between Iron and Inflammation during Pregnancy.

Tomas Ganz was honored on October 1, 2021, with the Gold Medal of Charles University of Prague for contributions to the fields of pathophysiology and immunology. Founded in 1348, Charles University is one of the oldest universities in Europe.