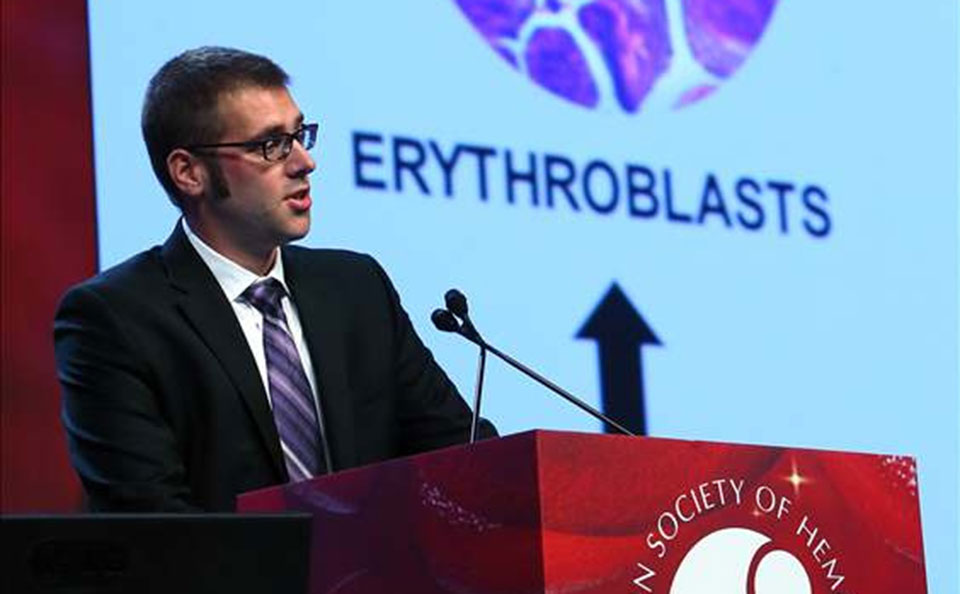 Leon Kautz, PhD, received the 2014 Joanne Levy Memorial Award for Outstanding Achievement. This award is presented to the current ASH Scholar with the highest-scoring abstract for the ASH annual meeting, as determined by the appointed abstract reviewers.

León Kautz, PhD, of the University of California – Los Angeles (UCLA) will receive the 2014 Joanne Levy, MD, Memorial Award for Outstanding Achievement. This award is made possible by the family of past ASH Scholar Award recipient and distinguished Society member Joanne Levy, MD, who passed away in 2004, and is presented to the current ASH Scholar with the highest-scoring abstract for the ASH annual meeting, as determined by the appointed abstract reviewers.

Dr. Kautz, who received his PhD in Molecular, Cellular, and Integrated Physiopathology from the University of Toulouse in France and is currently a postdoctoral fellow in the Department of Medicine in the Division of Pulmonary and Critical Care at UCLA, is being honored for his plenary abstract, “Role of Erythroferrone in the Pathophysiology of Common Anemia.” This is the second consecutive year that Dr. Kautz has received this prestigious ASH award.

Dr. Kautz’s current laboratory research focuses on erythroferrone, the erythroid factor that he and colleagues have identified as responsible for coordinating iron supply for erythropoiesis. Supported by his ASH Scholar Award, Dr. Kautz is working to identify the mechanism involved in this regulation, including the receptors for erythroferrone and the signaling pathway through which it suppresses hepcidin. Dr. Kautz and his colleagues are also investigating whether erythroferrone plays a role in inherited anemias with ineffective erythropoiesis, such as thalassemia and congenital dyserythropoietic anemia, in which low hepcidin levels contribute to the development of iron overload.